Sania Mirza, the winner of six Grand Slam titles and one of the world’s finest tennis players teaches Tennis. In this course, Sania demonstrates all essential drills, warm ups, cool downs, along with her secret techniques. Sania talks about her journey in tennis and elaborates on what tennis as a game entails.

In a country where sports automatically refer to cricket, making a mark and garnering super popularity as compared to any cricket player all by one's hard work and sheer grit is indeed praiseworthy. Sania Mirza awards and achievements list is a long one, being the only Indian women's tennis player to have secured her name in WTA rankings of under 50. From facing the formidable Serena Williams in just her teens to continuing to win titles even after becoming a mother, Sani Mirza's tennis career has been memorable. Throughout her career, Sania Mirza ensured that she led from the front and transformed the face of Indian tennis forever.

Born on November 15, 1986, Sania Mirza is an Indian tennis player. She was a former doubles World No. 1, having won six Grand Slam titles in her awe-inspiring career. From her debut in 2003 to the time she announced her retirement from singles tennis in 2013, Sania Mirza was continuously ranked by the Women's Tennis Association as India's No. 1 tennis player. Born in Mumbai to Hyderabadi Muslim parents Imran Mirza and Naseema, the family soon moved to Hyderabad. She also has a younger sister named Anam. Both sisters were raised in a religious Sunni Muslim family. Sania's love affair with tennis began when she turned six. In her formative years, she was coached by her father, who was a sports journalist, and Roger Anderson. Sania made her debut on the senior circuit on April 1, 2001, at an ITF event in Chandigarh. She was only 15 years old at the time. She entered the prestigious tournament as a wild card, facing fellow Indian tennis player Geeta Manohar, a much senior player to Mirza. Sania went on to win the match 6-0, 6-1 and kicked off her career with a bang. In July 2016, rumors about Sania Mirza biography were put to rest as she published an autobiography titled Ace Against Odds.

Having the full support of the Sania Mirza family, she turned professional in 2003. She won ten singles and 13 doubles titles as a junior player. She also won the 2003 Wimbledon Championships Girls' Doubles title, playing with partner Alisa Kleybanova. After making her senior debut in 2001, the year 2002 was eventful as she went on to win three straight titles, with one being in her hometown Hyderabad and two in Manila, Philippines. In 2003, Sania was chosen as a wild card to participate in her first-ever WTA tournament at the AP Tourism Hyderabad Open. However, she lost in the very first round. She then represented India at the Fed Cup, winning three matches back to back. She also picked up a bronze medal for India at the mixed doubles event at the 2002 Asian Games in Busan, along with partner Leander Paes. After a breakthrough 2004 season, which saw her win six ITF singles titles and the first WTA doubles title, Sania went on to play at her maiden Grand Slam, the 2005 Australian Open. She won against Cindy Watson of Australia and Hungary's Petra Mandula to clash against the renowned Serena Williams. Though she lost the match, she put up an excellent display throughout the match. At the 2005 Dubai Open, her victory over Russian Svetlana Kuznetsova ensured that she was here to stay. Sania Mirza won her first-ever Grand Slam in 2009, along with mixed doubles partner Mahesh Bhupathi. The duo won the French Open mixed doubles title three years later. Her triumph at the 2014 US Open mixed doubles final with Bruno Soares of Brazil brought her fame as a name to reckon with in mixed doubles. Wimbledon 2015 marked the era of Santina - Sania together with her women's doubles partner Martina Hingis. The duo went on to win three Grand Slams together. Mirza began 2016 with the doubles title at the Australian Open and a quarter-final run at the 2016 Rio Olympics with her mixed doubles partner Rohan Bopanna. The India ace player split with Hingis soon after and was plagued with several injuries, finally taking a maternity break in April 2018. She announced her pregnancy with husband Shoaib Malik on Instagram and delivered her son, Izhaan Mirza Malik in October 2018. After giving birth to her son, Mirza again made a stunning return at the Hobart International 2020, winning the doubles title with Nadiia Kichenok of Ukraine. 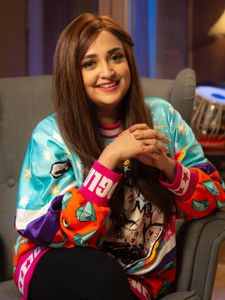 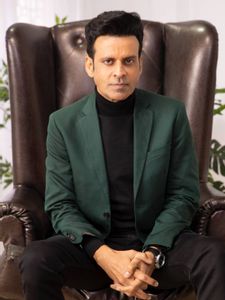